The sturgeon are back on the bite. Water temperature is back up to 55.3 degrees. There are more fish in the system. I think they are moving back up from the lower bays. Captain Joe’s crew landed keeper fish on Friday and Saturday. I ran the boat yesterday and found a lot of fish but we only landed one that was just short. My crew did have some other nice bites. There was a young man fishing the pier during the last Diamond Classic catch and release sturgeon derby. His name is David Shigmatesu and he is 12 years old. He was on fire and to his credit when he would hook a fish he would pass his rod off to another kid that has not hooked a fish. I was told he hooked 12 fish on the pier. I was very impressed so during the awards ceremony I offered his dad and him a free sturgeon with me. He is the one that landed his first sturgeon on yesterdays trip. I just got a report at 10:00 am that Captain Charles’s crew already landed a good keeper and lost an oversized sturgeon so far. We have some rain coming in the next few days so fishing could only get even better. I do have a few spots available on Thursday and a few this openings this weekend. Enjoy the photos. 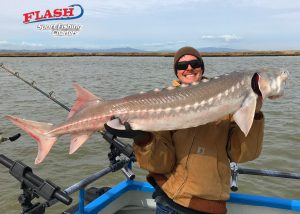 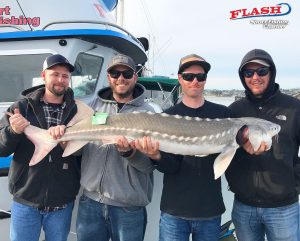 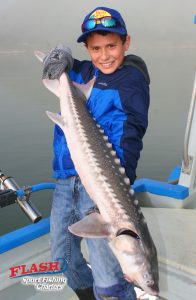 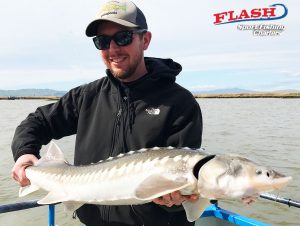